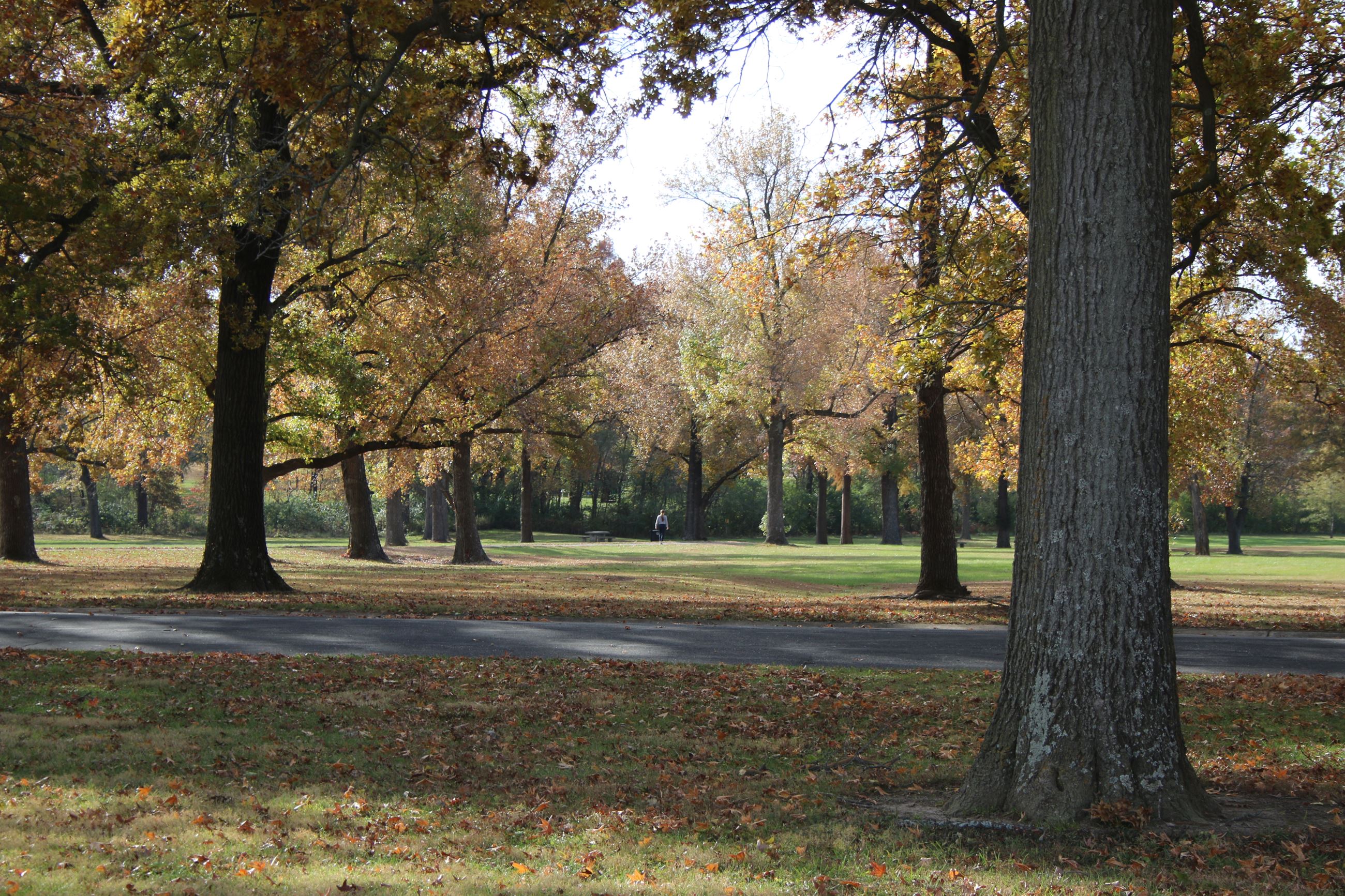 History of the Park

In the 1930's, Allen P. Green set aside approximately 200 acres of his land holdings as a place for his family to reside. Three of his children, Elizabeth Green Bond, Martha Green Staley and Robert S. Green, built homes and raised their families on the property. In 1941, Mr. and Mrs. Green completed construction of their own home on the property.

Following the deaths of Mr. and Mrs. Green in 1956 and 1957, their home was used as a guest house for  AP Green Refractories until the closing of the  Mexico plant in  2002.

In 1946, England's former Prime Minister, Winston Churchill, delivered his historic "Iron Curtain" speech at Westminster College in Fulton. In anticipation of a visit to his home by the Prime Minister and President Harry S. Truman, Mr. Green built a formal entrance on the west side of the Estate, featuring wrought iron gates and brick masonry walls. Logistical problems prevented the visit from taking place, but the gate thereafter became known as the "Churchill Gate"

In late 2005, 143 acres of the original Green Estate was given to the City of Mexico by Renny and Tina Smith, who purchased the property in 2002 from AP Green Refractories and its parent, Harbison-Walker. Mr. Smith is a great grandson of Mr. and Mrs. Allen P. Green.